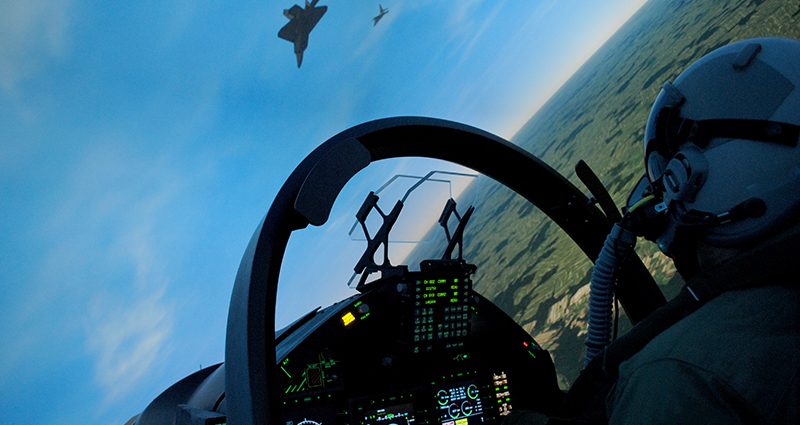 A huge success for Elbit as it plows its way into Europe with a turnkey flight training center, as part of an agreement between the Israeli and the Hellenic Ministries of Defense. Flight training is set to become one of the largest sectors in the coming decade, and Elbit understands that very well.

Haifa, Israel, January 5, 2021 – Elbit Systems Ltd. (NASDAQ: ESLT, TASE: ESLT) (“Elbit Systems” or “the Company”) announced today that following a competitive process, and as part of an agreement between the Israeli Ministry of Defense (“IMOD”) and the Hellenic Ministry of National Defense, the Company was selected to establish and operate the International Flight Training Center of the Hellenic Air Force (“Flight Training Center”).

The Hellenic Government approved the establishment and operation of the Flight Training Center by the IMOD and Elbit Systems for an amount of approximately $1.68 billion (approximately €1.375 billion) for a period of approximately 20 years.

The anticipated contract award is contingent on completion of commercial negotiations with the Hellenic Ministry of National Defense.

Bezhalel (Butzi) Machlis, President and CEO of Elbit Systems, said:  “We are honored to have been selected to provide such an important capability to the Hellenic Air Force, which we believe will contribute to the further strengthening of the bi-lateral relationship between Israel and Greece. This selection attests to the leading position we hold in the area of training, providing tested know-how and proven technologies that improve readiness while reducing costs.”

The training is supposed to ready young Hellenic cadets for advanced F-16 jets employed in the Hellenic Airforce and possibly for future F-35 fifth-generation fighters. Greece is considering the potential acquisition of up to 30 Lockheed Martin F-35s to replace the oldest F-16C/Ds operated by the country’s air force.

“Beyond the upgrade of the F-16 fighter jets, we are in the process of selecting a new plane for Greece, so we can gradually move to the new generation of aircraft,” said Greek defence minister Evangelos Apostolakis on 5 April.

The interest from Athens in a fifth-generation fighter chimes with comments from Vice Admiral Mathias Winter, director of the Pentagon’s F-35 joint programme office, who told Congress that sales of F-35 jets could be expanded to include five new countries – Greece, Romania, Poland, Singapore and Spain.

Local media reports suggest that Athens has already requested pricing and availability for 25-30 examples from Lockheed. However, any purchase will depend on Greece’s financial plans and the USA’s ability to offer a long-term payment framework.

Geoffrey Ross Pyatt, the US Ambassador to Greece, says that with Greece already upgrading some of its F-16s to the new V-model standard, it would be a “natural stepping stone” for the country to also acquire the conventional take-off and landing F-35A.

That modernisation programme will see 84 F-16C/Ds – currently in the Block 52+ configuration – raised to the new standard under a contract worth almost $1 billion.